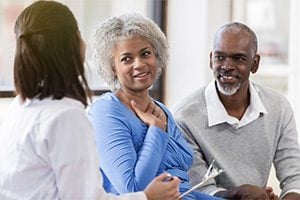 While having a wage garnishment against you may be embarrassing, you must know that you aren’t alone. In a 2013 report by ADP Research Institute, it was found that of the 13 million employees who participated in the study, 7.2% had wages garnished.

In addition, the study revealed that of the wages garnished:

While these figures are meant to provide comfort, the reality is you may still feel uneasy when facing wage garnishment. We know how difficult it is to navigate your rights during bankruptcy–But the Jones Law Firm can help.

During a bankruptcy filing, the court may order your employer to withhold portions of your pay to send it to the person or entity to which you owe money. This is known as wage garnishment. However, there are two forms of garnishment. They are:

Typically, a notice of garnishment is sent to you and your bank or employer, depending on the form of garnishment. Then, the actual withholding will begin in five to 30 business days and last until the debts are repaired.

The only debts applicable to a wage garnishment include:

Though the law states that garnishment must end with the bankruptcy filing, the courts have had to come up with a test to prove a willful violation of the automatic stay by creditors.

In the case IN RE WOZNY-McCULLOUGH, a debtor was seeking damages from a former creditor who ignored the issuing of the automatic stay.

In addition to collecting damages for willful violations, for those who had wages garnished within 90 days of their bankruptcy filing, you may receive such funds back if they were over $600 and you have enough exemptions to cover them. However, this process of recovering garnished wages can be difficult, so be sure to meet with an Ohio bankruptcy attorney who can guide you through the process.

Bankruptcy is one way you can avoid a wage or nonwage garnishment. However, you may have other options. Other ways to stop or avoid wage garnishment include:

However, if you cannot afford to make the payments, bankruptcy and the automatic stay may be your best option to stop or avoid wage garnishment.

Having a wage garnishment against you can make you feel uncomfortable in your workplace when you are already facing hardships. But the Jones Law Firm can help you navigate the bankruptcy code while preparing you for a second chance at a prosperous future.

If you are facing wage garnishments and are considering bankruptcy, the time to act is now. Contact the Ohio bankruptcy attorney, Michael Ryan Jones, today for a free consultation.