Bankruptcy in Hollywood: It Can Happen to Anyone 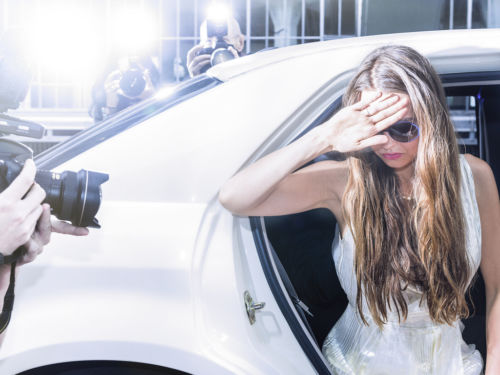 When we talk about bankruptcy, we often are referencing everyday people. The ones we work with and socialize with. We’re talking about our family members and friends. But, there is often this misconception that bankruptcy is only declared by the working class. In this blog, we’re to debunk that myth because bankruptcy can happen to anyone, even the Hollywood elite. Let’s take a look at three celebrities who faced financial struggles at various stages in their careers.

Country music fan or not, everyone has heard of Willie Nelson. While we may know him for his iconic voice and laidback demeanor, in the 1990s, Nelson was in a bit of a financial predicament due to tax debts of more than $16 million he owed to the IRS.

How could a country music legend need to file bankruptcy? Here’s how easily it can happen. In the 70s and 80s, Nelson had filed IRS tax deductions that were made to protect his income, but were no longer permitted.

While a very public bankruptcy filing, Nelson was optimistic–and of course, had a great bankruptcy attorney to guide him through the process.

Debt tip of the day: Stealing the Declaration of Independence will not protect you from debt, as the National Treasure actor, Nicolas Cage, found out.

While Cage did not file for bankruptcy, he did lose a few of his multimillion-dollar properties to foreclosures. Some sources report that Cage’s financial woes were a result of bad financial advice, others strictly call out his lavish way of living–did you know he once purchased a pet octopus for a cool $150,000?

Reports claim that by time bankruptcy was an option for Cage, he was over $14 million in debt, and his assets were already being sold off.

Stop! Hammer time to figure out your debts. From parachute pants, to cool dance moves, we all know who MC Hammer is. But did you know this celebrity faced a bit of financial hardship in the mid-90s?

In 1996, MC Hammer filed for bankruptcy after facing more than $13 million in debts. His debts were of the material kind for the most part, from a huge staff, mansions, and bougie cars. But MC Hammer was also facing lawsuit debt after being accused of copyright infringement by Rick James and others for ripping off songs.

While these bankruptcy stories of the rich and famous may not relate to your financial struggles at this time, it’s important to know that these things can happen to anyone. While we don’t suggest you spend your hard-earned money on a pet octopus or entourage, we know things happen, and sometimes you need the guidance of a bankruptcy attorney to help get you on the right path to a financial reset.

Give Yourself a Second Chance For a Prosperous Financial Future in Columbus, Ohio

If you are experiencing financial distress or the burden of debts you cannot pay, we encourage you to contact The Jones Law Firm for a free consultation about how we can help you decide what is right for you. With our office located in Reynoldsburg, Ohio, The Jones Law Firm works with clients in and around Columbus and throughout central Ohio. Don’t delay. Your financial future begins now.

Michael Ryan Jones is committed to assisting individuals facing financial distress. He has helped hundreds of clients achieve a financial fresh start by filing either Chapter 7 or Chapter 13 bankruptcy. When you hire The Jones Law Firm, you can be assured that Michael will personally assist you every step of the way.